I’ve received a few emails asking if I am okay, where I’ve been, will I be back? The answers are: Yes, nowhere exciting and yes.

The first week of September, I brought my Life-Loving daughter, the youngest, R to College. The following week the older daughter graduated from her college. Life has been busy, and the summer spent in preparation for the both.

While the above is true, perhaps I will tell you the actual reason I’ve been” missing.” You see,  I’ve been very busy feeding my anger, depression, fear, anger, paranoia and anger.  I want for this blog to be real, authentic ….honest. I have shared this hell I’ve been living with very few people, and those that I have opened up to are of anonymous in nature, a group of others experiencing the same awful nightmare. I will be sure to put a link at the top of the page for you to visit this amazing group of friends.

I will admit that the one person I’ve uttered the words out loud to, my best friend doesn’t know all that I’m holding in this mind and heart of mine. Trusting is so hard for me, I’ve no idea where to go or who to trust completely. The words are easier to write than to speak.  If you’ve been through this, you understand how draining it can be, the suspicion and the racing thoughts, it’s impossible to round up all of the words I wish to convey and put it on this page. I’ve tried several times to do just that, yet I will instead create a slew of scattered words that may or may not make sense. And, in the chance, the words do make sense it’s highly possible the thoughts were written could very well have been written with ten words, rather than the 692 that were used.

So, for me at this time it boils down to knowing something happened and wondering if that something isn’t “ happened” but happening. It’s a matter of thinking it’s over but wondering what if “it” isn’t. It’s begging, pleading and bargaining with God for revelation of specifics and waiting for the answer. Waiting and waiting some more. It’s ashamed of what life was like before all this came to light. 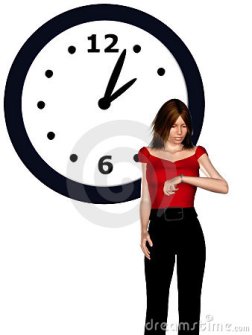 I’ve said before that I will never believe that the BS (Betrayed spouse) is to blame for the WS (Wayward Spouse) succumbing to an affair. However, the BS can have been part of what led to the WS   to wander.  Was there anything I did or didn’t do that contributed to his choice? Probably. Okay, yes

I believe that my bitterness, my stiff-necked ways caused my WS to resent me. I wasn’t stiff-necked when it came to sex, but everything else. I resented the fact that my H did not give in to my ways and act the way I was brought up as a Christian. The fact that he did not kiss the ass of my parents, made it even worse. They would comment (to me of course) about his drinking or his antagonizing ways that created tense family get together that seemed to be filled with anxiety. The bitterness toward him on my part would fester and grow.  Why couldn’t he be like my dad was when I was growing up? Why couldn’t he be “respectful” toward my parents, my family, in other words, ….. Kiss ass. Before leaving to any function that involved my family I would lecture him how to behave, what to not say and what not to do.  Now, keep in mind, he is an alcoholic. He would drink before and during, causing a lot of tension at these family events. He wasn’t mean. Just obnoxious and would work to annoy anyone possible. He did a damn good job. BUT, my loyalties, in the long run, should have been with him. I had no business allowing my parents to comment or create a sense of having to choose.

I, personally handed him a desire for someone else, someone more exciting and less uptight. I was a bitch. This very act on my part, began a separation of our marriage.

I disliked my H for many reasons that he created, but the problem was I never actually tried hard enough to share with him those few things. I needed to address things that were bothering me.  In the beginning of our marriage, after children, I would *try*  and  talk TO him, but really I gave up many years before. In my eyes, He wanted to continue to  party and act single and I didn’t’ So, eventually I quit bitching about it to him and created a life separate from his. I was a goody-goody, a wife that God would be so proud to  call his child. I “put up” with this man who would not quit his “evil ways” and some- day,  I would be rewarded for tolerating him the way God would have me tolerate him.

Poor me, the woman raising her girls in a Godly manner, while her husband on occasion would attend church, when he wasn’t off to camp, hunt, or fish.  Poor me.  Never miss a Sunday, and this is what I get.

This my friends, where I take responsibility in my part to the fall of my marriage. This is what I must remember when I gather my anger and so-called rightful bitterness for my WS not giving me the full truth. Yet.

I believe that God wants for me to get to somewhere, as of now, I don’t know where even. And, before God allows me to know the details of my H infidelity, even before my H admits…. There is something God wants from me, and I have no idea what.

I never thought it would be me. I often wondered, I often doubted(him) yet, there was a part of me that could not imagine this man, my H, a cheat. Well, I was wrong and I was right. View all posts by Betrayed2014

1 thought on “The whole truth and nothing but”